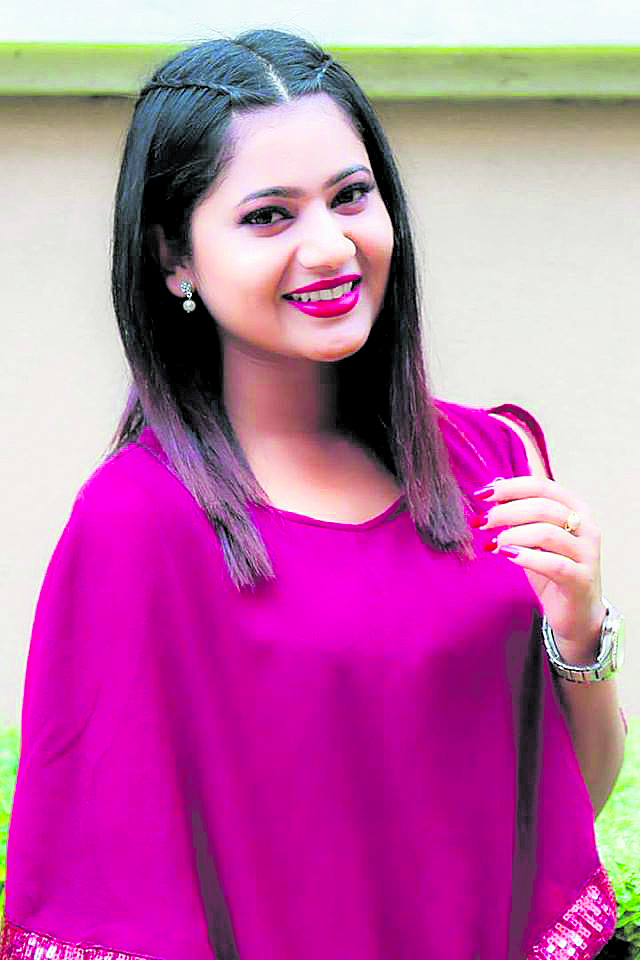 Keki Adhikari, born on 17 December 1989 in Jorpati, Kathmandu is the first child of their parents. Keki or “Keku” is her nickname. She is the daughter of Badhri Adhikari and Laxmi Adhikari. She also has a younger brother name called Bimba Adhikari. Furthermore, her father is a movie producer and mother is a housewife. Like any other celebrities, she was quite interested in the glamorous field since her childhood. Since her father is a movie producer, she got an opportunity to be familiar with the film line.

Keki Adhikari completed her school from Srijenalaya School in Kathmandu. Then, after SLC, she joined Whitehouse College for 10 +2 studies. Later, she graduated from Prime College in Bachelor in Information Management. She has also done her master’s degree in Business Administration from Presidential College.

Keki Adhikari started her career from participating in a dance competition organized by “NTV-2 ” namely GHINTANG, where Keki Adhikari got spotted by the co-producer of the show and film director Prasanna Poudel. This led to Keki Adhikari’s first break in Nepali music video industry with the introduction in Mingma Sherpa’s- KASARI. This was followed by few other videos including ANJU PANTA’s- BANMA FULYO and SHIVA PARIYAR’s- KYA DAMMI BHO which two proved to be my career’s accelerating points.

After doing a number of successful music videos, Keki Adhikari finally landed to Nepali Movie Industry. She got one of the leading roles in Prasanna Poudel’s first directorial movie SWOR co-starring Rajballav Koirala.

Since SWOR which was Keki Adhikari’s career breakthrough, keki Adhikari have been blessed to work with some of the most renowned talents in the industry including Rajesh Hamal (Actor), Nir Shah (Actor/Director), Bhusan Dahal (Director), Dayaram Dahal (Director), Alok Nembang (Director), Rajballav Koirala (Actor) and Aryan Sigdel (Actor) in movies like MASAN, MAYA KO BARI MA, I AM SORRY and numerous music videos.

Keki Adhikari participated in the dance competition named Ghintang host by NTV plus. This competition helped her to make an entry in a glamorous world. She started her career featuring in several music videos before starting the film career. In 2010, she debuted in the Nepali movie industry from the movie Swor opposite to Raj Ballav Koilara. Later, she got a chance to act opposite of one of the popular actor Aryan Sigdel in the movie I am Sorry in 2012 which was the hit movie of this year. This movie gave her fame in the Nepalese movie industry and made her popular in Kollywood industry. She has recently made her debut in theatres with historical play “Chaarumati” which is written by writer and a researcher Satyamohan Joshi.

Keki Adhikari’s estimated net worth is Under Review.

Keki Adhikari is still single. She has not yet revealed any information about her affair and relationship. That means she is not dating anybody right now. In an interview, she has said that she will marry the guy who will understand her feelings and takes her profession in a positive way.

You would also like to see the biography of Paul Shah.